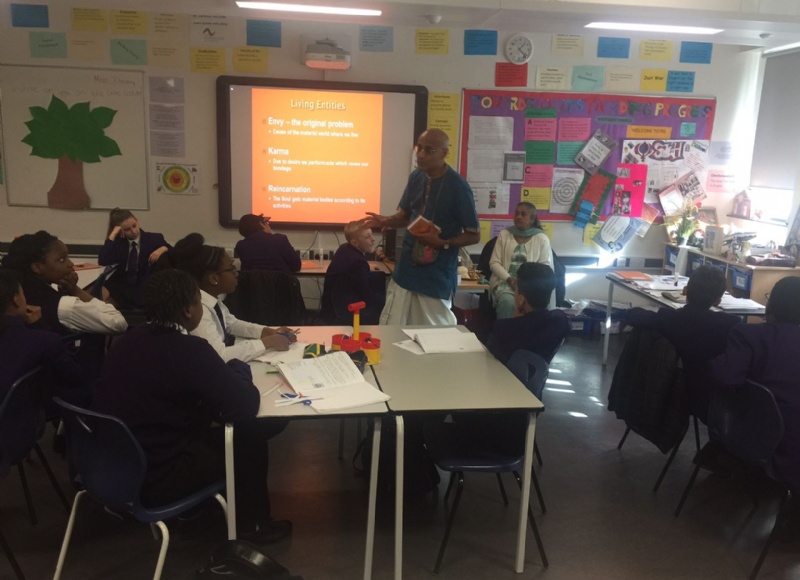 Mr Issaka welcomed a Hindu priest into Yr 7 and 8 RS lessons this week – he clarified a great many misconceptions that some of the children had.

He explained how Hinduism is a monotheistic religion and not a polytheistic religion, as has often been believed. He explained that in Hinduism lesser god's only lead to the almighty. He also led a discussion about how just because we have different names, depending on who we are dealing with, does not change our identity and so even though God can be called different names it does not change who he is.

He also helped children understand the cast system. In his opinion, he explained that every society will always have intellectuals, military men and women, merchants and the working classes. An interesting discussion followed, and it was agreed that even though abused in India, the system if not abused, is present in many countries around the world.

He believes that God does not deal with humans based on religious views but on the content of our character which then determines our karma.