Congratulations to everyone who joined in with this year’s First Give Project – it was a very emotional assembly today, hearing from the students themselves why that had chosen the charities that they have, who the charity support and why and what the prize money would be used for, should their team win.

We were delighted to have two special guests join the judging panel – alongside Ms Nicholas, Temi and Venus from the Student Leadership Team, we had Alex Potter, from the Jack Petchey Foundation and Karim Hemani, a local businessman, volunteer and entrepreneur.

Well done to everyone for their participation but a particular mention to those who presented in the final today. All three charities were incredibly worthy – The Ace of Clubs in Clapham– who support the homeless, Young Minds, whose invaluable work supports young people with mental wellbeing – but the winners were Afruca, a charity who campaign for the abolition of FGM. We are sure that the £1000 they will receive will be put to very good use. 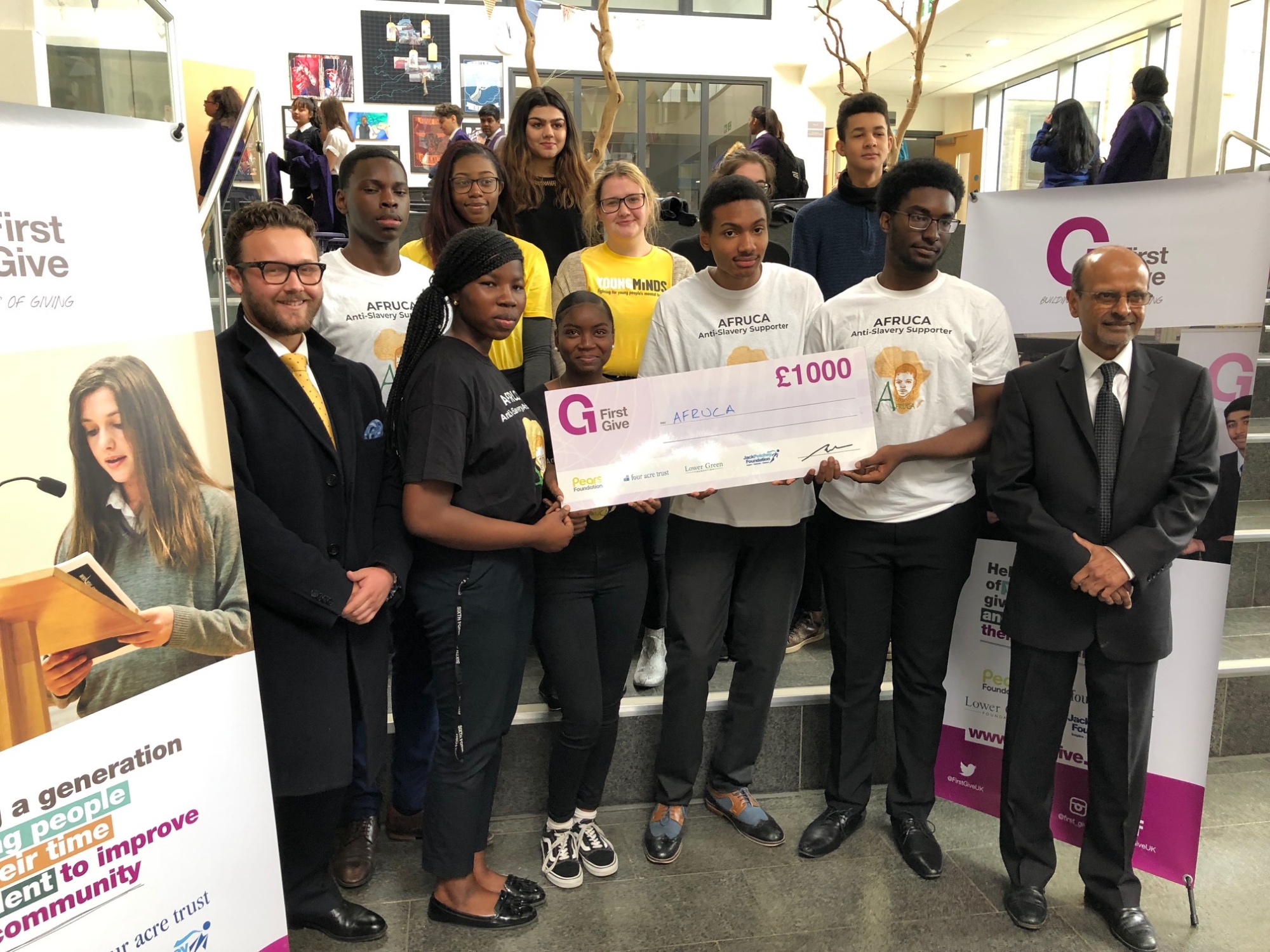