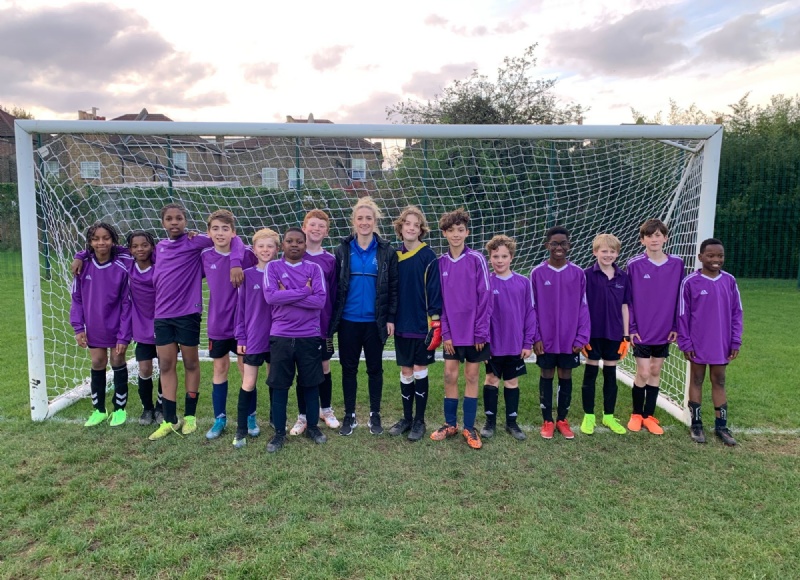 The Year 7 boys had their first game in the London cup, away to Forest Hill School. Louis led the team out as captain and was a great leader. At full time it was 1-1, we then played extra time and went into penalties. The boys did so well and won on penalties with Jalil, Mikel, Joshane and Bode scoring, and Ewan saving 2 penalties.

Ms Barton said, 'I’m so proud of how well the boys played, considering some of them have never played 9V9 before and were getting used to the formation we were playing. Our defence was incredibly strong, and the boys played some lovely passing football against a strong Forest Hill team.'