'I won't hate my brother's killers' 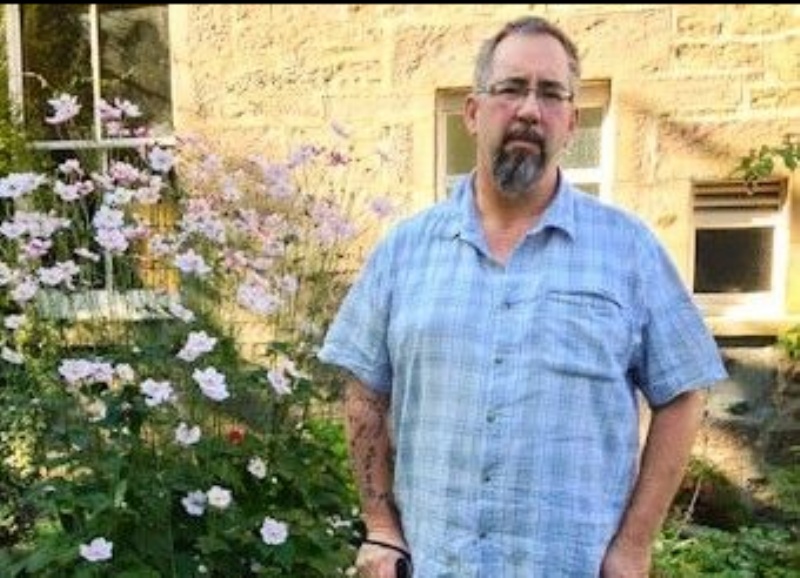 The brother of Scottish aid worker David Haines, who was murdered by so-called Islamic State terrorists, says he does not "hate" his killers. He came into school recently and spoke to Yr 10, 11 and the Sixth Form about why he feels it is so important to travel the world, spreading a message of unity, tolerance and understanding.

Mike explained that his brother David Haines was a British aid worker. David had been working for the international relief agency, Acted, when in March 2013 he was ambushed and kidnapped on the Turkish border and held captive in Syria for 18 months. In September 2014 a video of his murder was released.

The assembly moved all of us and we wold like to thank Mike for so bravely sharing his story.

Thank you to just some of the students who felt compelled to write a few words about the presentation.

Priscilla - I found the assembly inspiring. At first I felt a sense of sadness when hearing his story about his brother but when he gave his message it made me realise that sometimes bad experiences can lead to good outcomes.  I'm glad he is spreading the message about not hating others.  It is important to remember that, especially with the these days.

Diana - This particular assembly resonated with me as my brother has recently joined the metropolitan police.  In light of what happened in Westminster recently, I'm constantly worried for him when a terrorist attack is shown on the news.  The man in the assembly went through what I fear and managed to put his pain into something productive.  I will always remember that assembly as that man is now someone who I can look up to.  Despite his explanation though, I will never understand how he managed to overcome such pain.  I can only hope that if I am ever in a situation, then I will be able to rise above it.  Just like the man.  If I could speak to him again I would say thank you and the world needs more people like him.

Hamdi - I found the assembly very sad at first but it soon turned into an emotional, educational and eye opening experience.  I think that the assembly educated the confused people in our school, which I think was very useful as the recent events that have taken place in central London have caused a lot of panic and worry.

Rosie - Michael’s mind set after the tragic event is truly inspiring it really made me think about the cohesion I take for granted in everyday life, may not be so in other parts of the UK and around the World.  I have since looked into his organisation and it has been really interesting to watch some of his talks about standing up against hate.

Please enter some content for your news story here.