Favourite Stories of Women of Courage and Resilience. 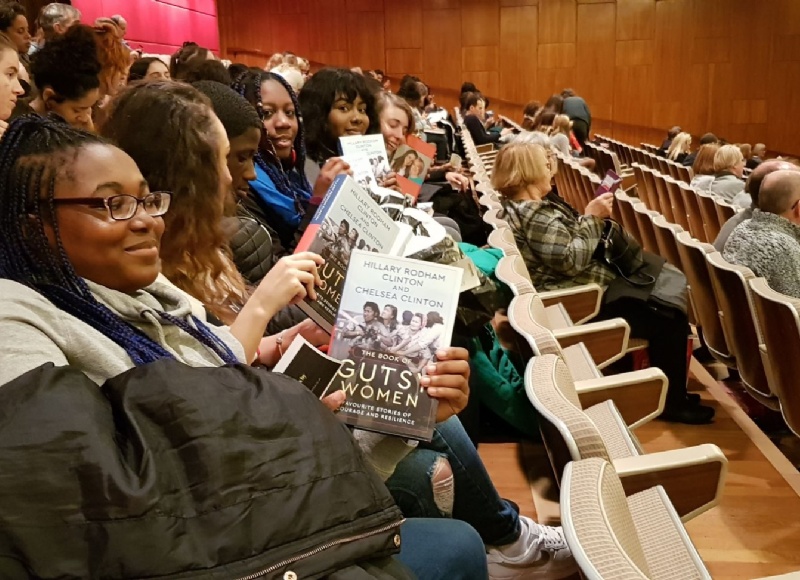 Sixth Form students joined Hilary and Chelsea Clinton, as they celebrated the women who have inspired them throughout their lives and made a difference in the world.

Hillary's book tells the stories of a diverse range of women, from Greta Thunberg, the 16-year-old climate activist whose Asperger syndrome has shaped her advocacy, to Sor Juan Inés de la Cruz, a 17th-century nun and poet whose outspoken views on women’s role in society scandalised audiences.

Through portraits of more than 100 women, The Book of Gutsy Women marks histories that have all too often been overlooked or left unwritten: Mary Edwards Walker, a Civil War surgeon who was arrested more than once for wearing trousers; Rosa May Billinghurst, the suffragette who lost the use of her legs and campaigned in an adapted tricycle for the right of women to vote; and Manal al-Sharif, who captured the world’s attention in 2011 when she filmed herself driving a car in defiance of Saudi custom.

A fascinating and inspiring visit - thank you to Ms Fooks for organising it all!