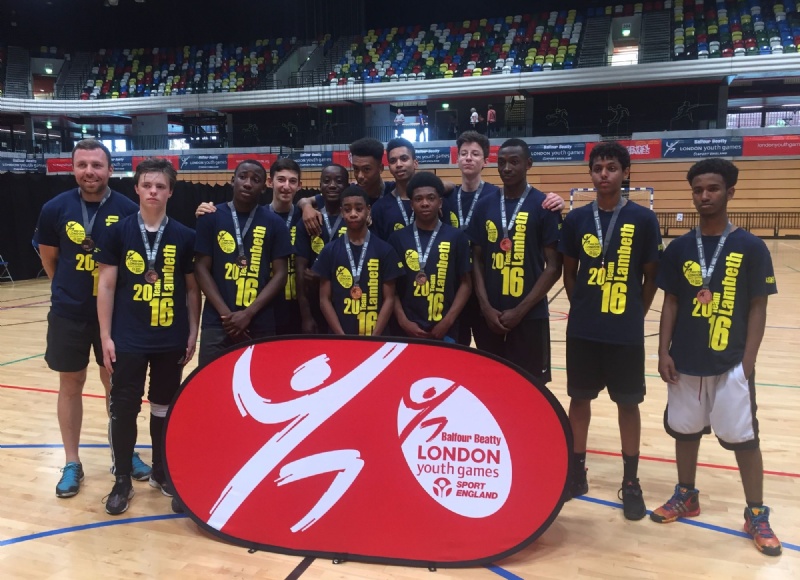 Success for both boys and girls teams!

The year 10 boys handball team arrived at the Copper Box very eager and excited about their final crack at the London Youth Games. It soon became clear we were in the group of death with several strong teams boasting some serious handball pedigree including Sutton, the reigning champions of London in our group. We kicked off the day against Sutton who had beat us earlier in the year and unfortunately history repeated itself with Sutton emerging 3-1 victors after a hard-fought game where we had plenty of opportunities to win. We put this defeat down to the early start on a Sunday! We then went on to win every game in our group with style and confidence, playing with real passion that saw us progress to the quarter finals against Haringey. The quarter final was played with a lot of aggression with both teams drawing fouls from the opposition. We took full advantage of this and pulled in to the lead, comfortably winning 5-1 progressing to the semi-finals where we would face Barking and Dagenham. The semi-final was played at a frantic pace and both teams were going for the win without holding back. The passion of the boys was evident and their hearts were on their sleeves throughout, which in the end was our undoing. With the match poised at 3-3 we had two players given a two minute suspension leaving us with four outfield players, Barking and Dagenham capitalised and progressed to the final 5-3 victors. The mood after this defeat was very low which was the clear sign we knew we could have and should have won but we had a shot at the bronze medal against our old foes Sutton!! Few words had to be said to get the boys up for this one, our last game as a team in the Youth Games against a team that had narrowly beat us twice this year. The passion and desire to win from every player was immense and something that Sutton couldn’t live with. Reece Williams was heroic in goal saving two penalty shots allowing our attack to do the business and bag us a 5-3 win. A huge day for The Norwood School and the borough of Lambeth! Don’t forget the girls who also did brilliantly on Saturday. They came third in their group, narrowly missing out on qualification to the next round.

Thank you to Mr Tinsley all his hard work, support and guidance.